CNN: ‘A lot to balance’: How Manchin, Sinema are blocking a new Democratic consensus

Sean McElwee, co-founder and executive director of Data for Progress, a firm that polls primarily for progressive organizations and candidates, says that in his surveys, a preponderant majority of Democratic voters — across ideological, racial or generational lines — support every key element of this agenda. (In a September survey, the highest-scoring components included those funding more long-term care for the elderly and people with disabilities, modernizing the electric grid, raising tax rates on the wealthy and corporations, and funding tuition-free community college; extending the Child Tax Credit drew less strong support than any other option tested.) McElwee even held an unusual recent joint news conference with Bennett and the centrist Third Way group to underscore the breadth of the party consensus behind the plan. 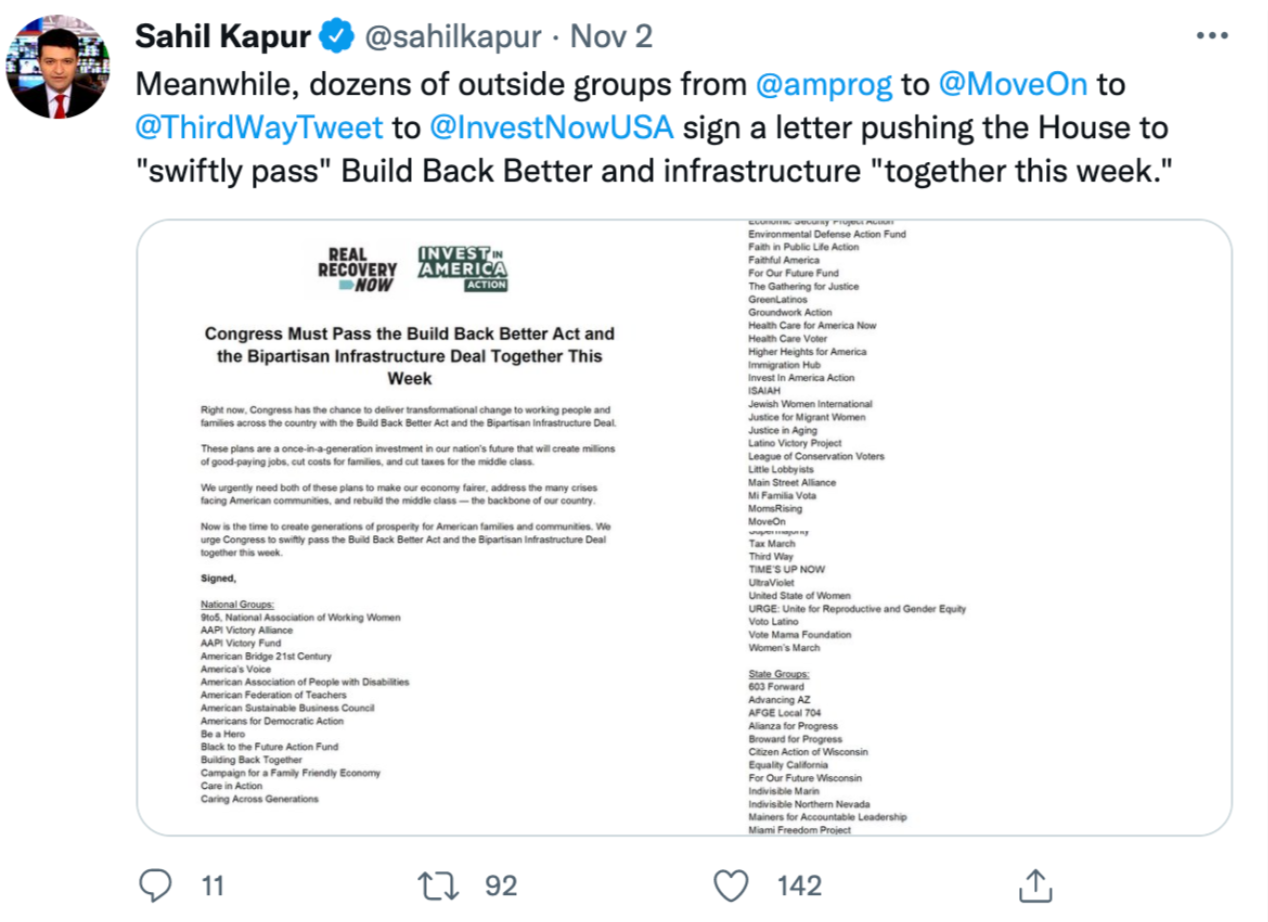