Voters Support Every Provision in the Build Back Better Agenda, and Want it Passed Through Reconciliation

Voters Aren’t Falling for Inflation Fear-Mongering — And, They Will Be Less Likely to Support Lawmakers Who Obstruct the Plan 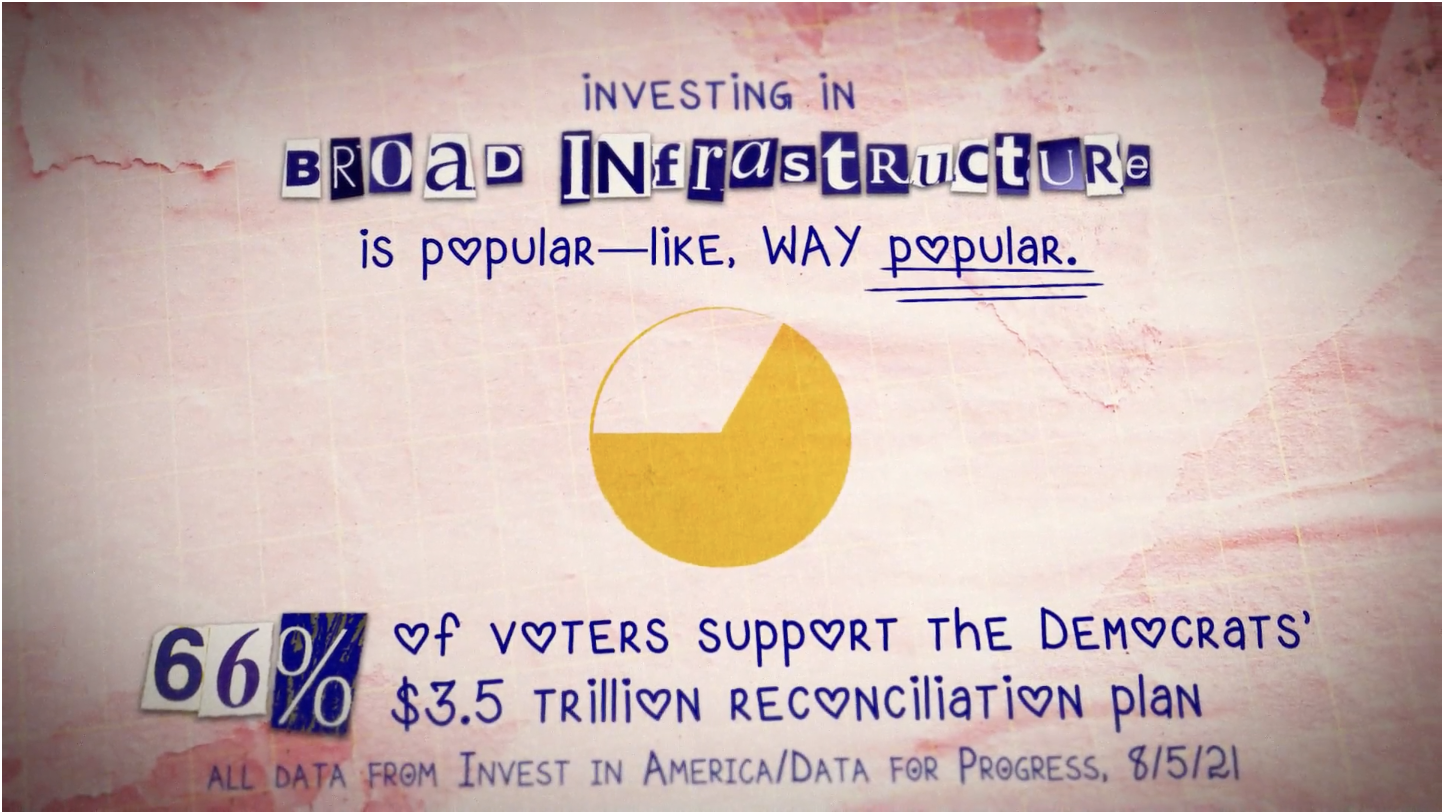 “The Build Back Better agenda can’t help that it’s so popular,” said Maddy McDaniel, communications director for Invest in America. “You don’t need ESPN to see that this plan is more popular than the Plastics — because it will create millions of jobs, lower costs, and lower taxes for middle class families. It’s not like a regular plan, it’s a cool plan.”

There is widespread support for the Build Back Better agenda:

Voters think the Build Back Better agenda should be as big as possible.

Voters support every provision in the Build Back Better agenda:

Voters want the plan to reward work, not wealth, by ensuring that corporations and the wealthy pay their fair share:

Voters will pull support from lawmakers who refuse to advance the plan: