NEW POLL: BROAD MAJORITY OF VOTERS SUPPORT THE BUILD BACK BETTER ACT AND ITS PROVISIONS

WASHINGTON, D.C. — A majority of voters support passage of the Build Back Better Act and believe it will ensure that the most vulnerable Americans are always supported, according to a new poll released today by Invest in America and Data For Progress. Additionally, the poll found that a majority of voters support the Build Back Better Act’s provisions.

The poll was conducted with 1,392 likely voters from December 10 – December 13. Key findings include:

“The Build Back Better Act and its historic investments in child care, education, clean energy, and more, remain as popular as ever. That’s because Americans know that this bill will lower key costs, cut taxes for working Americans, and create millions of good-paying jobs,” said Zac Petkanas, senior advisor for Invest in America.

Voters also overwhelmingly support the individual provisions of the Build Back Better agenda, including the following: 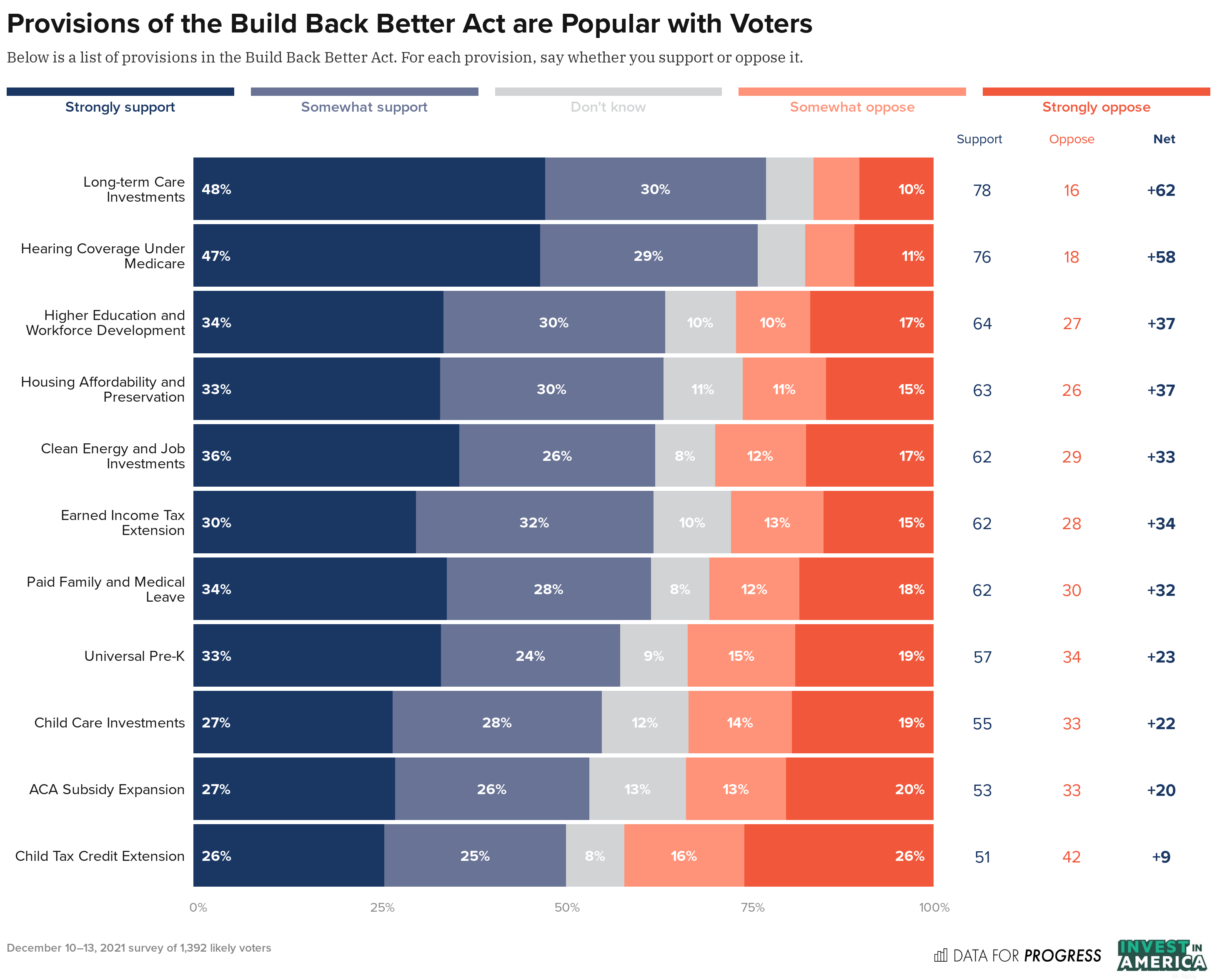