WASHINGTON, D.C. — A majority of voters support the Congressional funding bill to raise the debt ceiling — including a majority of Independents, according to a new poll released today by Invest in America and Data For Progress. Additionally, the poll found that an overwhelming majority of voters believe it’s important for Congress to raise the debt ceiling in order to avoid an economic crisis that could erase the economy’s recovery since the beginning of the pandemic.

The poll was conducted with 1,292 likely voters from September 24 – September 27. Key findings include:

“American voters understand that the debt ceiling should not be a partisan issue and that the welfare of their families and the entire economy are at stake,” said Zac Petkanas, senior advisor for Invest in America. “It is absolutely essential to raise the debt ceiling — middle-class Amercans know that we cannot afford an economic meltdown, especially as the U.S. economy is still recovering from the shock of the pandemic.” 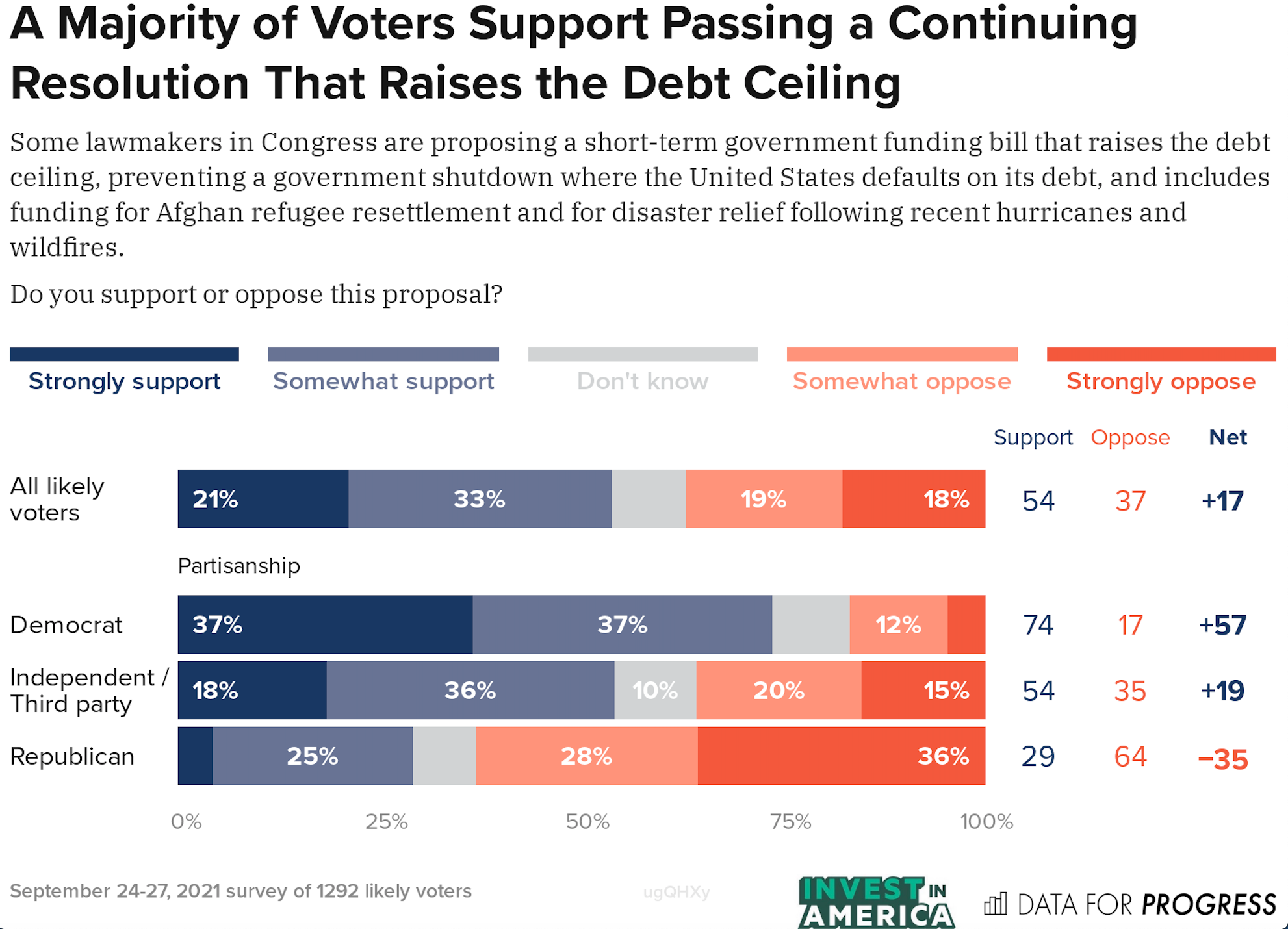