The poll was conducted with 1,298 likely voters from November 11 – November 16. Key findings include:

“Now more than ever, voters are showing their clear support for the Build Back Better Act and its historic investments in child care, education, clean energy, and more,” said Zac Petkanas, senior advisor for Invest in America. “They know that this bill will help our middle-class families by lowering costs and cutting taxes, creating millions of jobs, and boosting our economy.”

Voters also overwhelmingly support the pay-fors of the Build Back Better agenda, including the following: 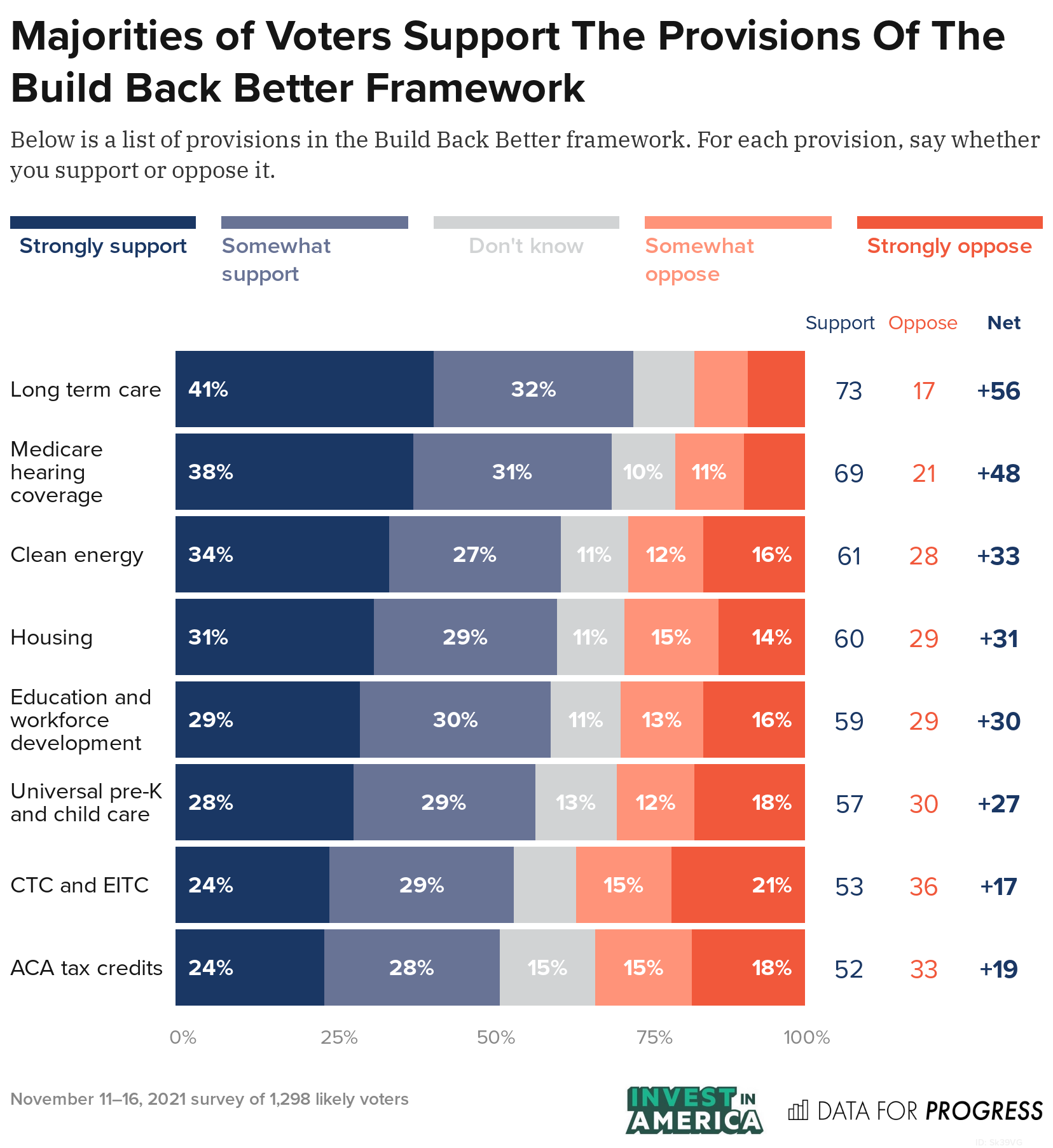