67% of Voters — Including 64% of Independents — Support Passing the Build Back Better Plan Through Reconciliation.

WASHINGTON, D.C. — A large bipartisan majority of voters would have a more favorable outlook on Congressional Democrats and President Biden if they can pass the Build Back Better plan, according to a new poll released today by Invest in America and Data For Progress. Additionally, the poll found that a broad majority of voters support the Build Back Better agenda and believe it will create jobs for all Americans, including Americans without college degrees.

The poll was conducted with 1,157 likely voters from October 15 – October 17. Key findings include:

“It’s clear that now more than ever, voter opinion of lawmakers in Congress hinges on their ability to pass the Build Back Better Act,” said Zac Petkanas, senior advisor for Invest in America. “Not only will the plan create millions of good-paying jobs, reduce costs, and cut taxes for middle-class Americans — it will also make voters view Congress and the President more favorably.”

Voters also overwhelmingly support the pay-fors of the Build Back Better agenda, including the following: 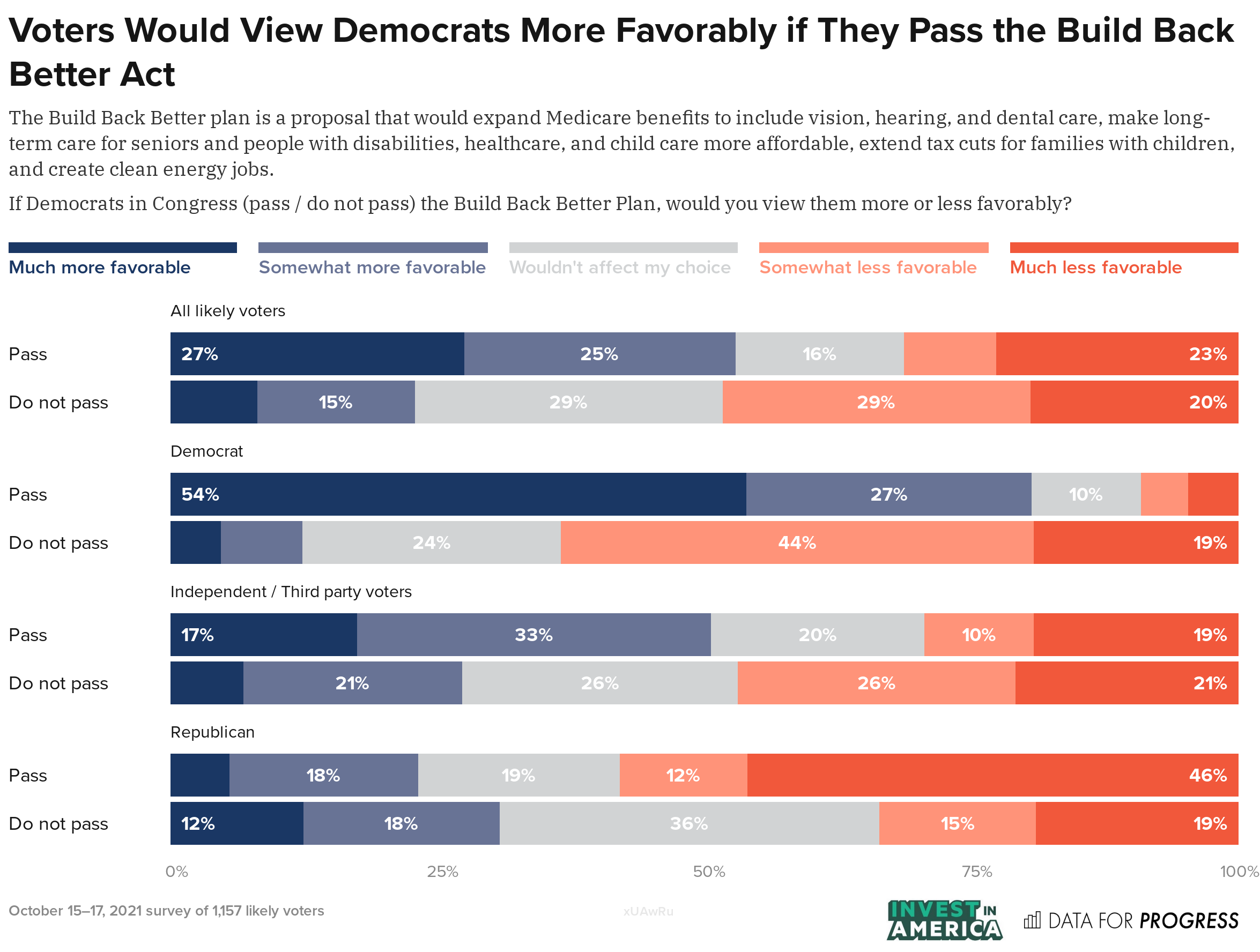