NEW POLL: MAJORITY OF VOTERS BELIEVE BUILD BACK BETTER ACT IS URGENTLY NEEDED, WANT IT PASSED BY END OF YEAR

WASHINGTON, D.C. — A majority of voters believe passage of the Build Back Better Act is urgent and want it signed into law before the end of the year, according to a new poll released today by Invest in America and Data For Progress. Additionally, the poll found that a majority of voters support the Build Back Better Act’s provisions and believe that the Act is needed to lower key costs for middle-class families.

The poll was conducted with 1,214 likely voters from November 24 – November 29. Key findings include:

“Americans are making it clear: they support the Build Back Better Act and its historic investments in child care, education, clean energy, and more, and want it passed before the end of this year,” said Zac Petkanas, senior advisor for Invest in America.

Voters also overwhelmingly support the Build Back Better agenda and its provisions, including the following: 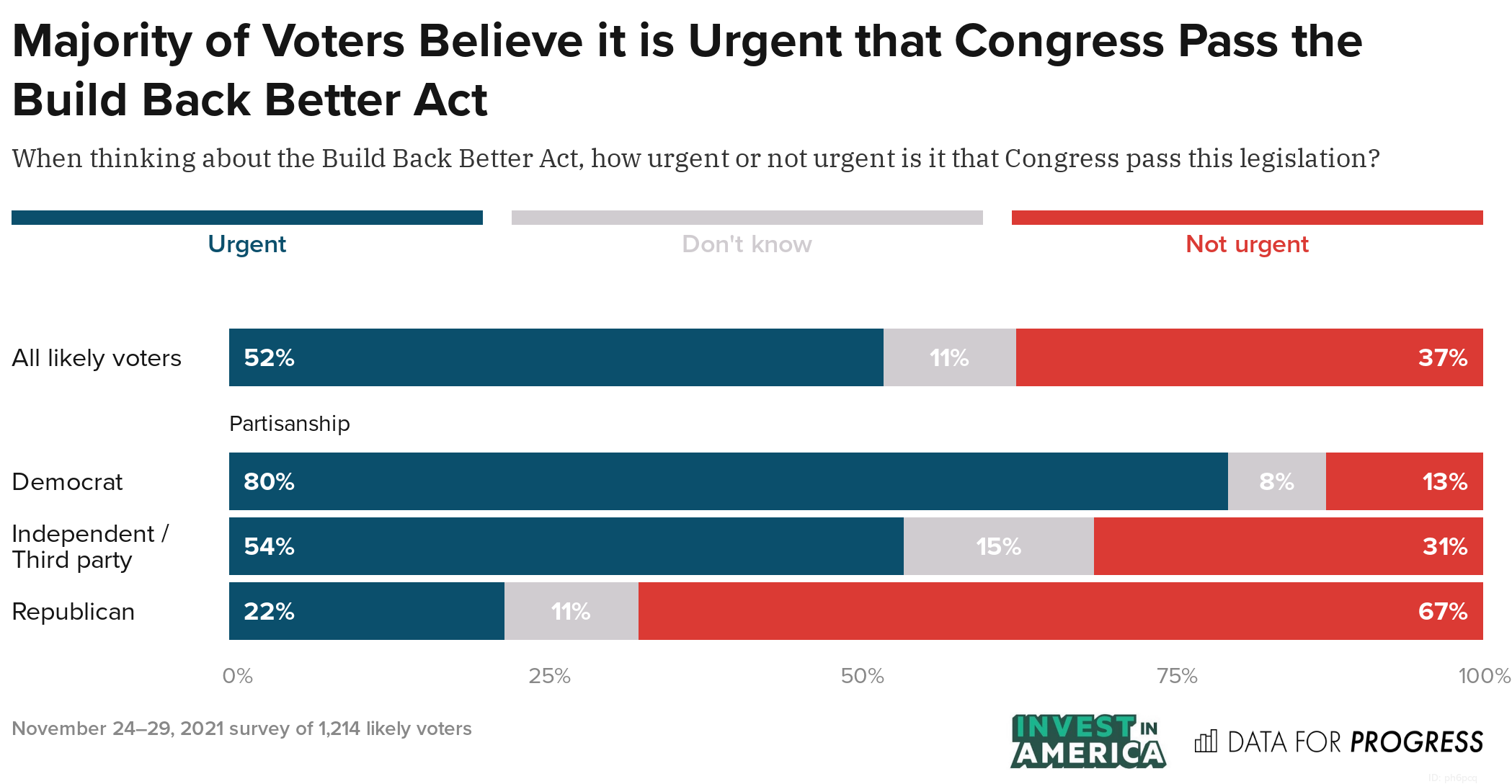 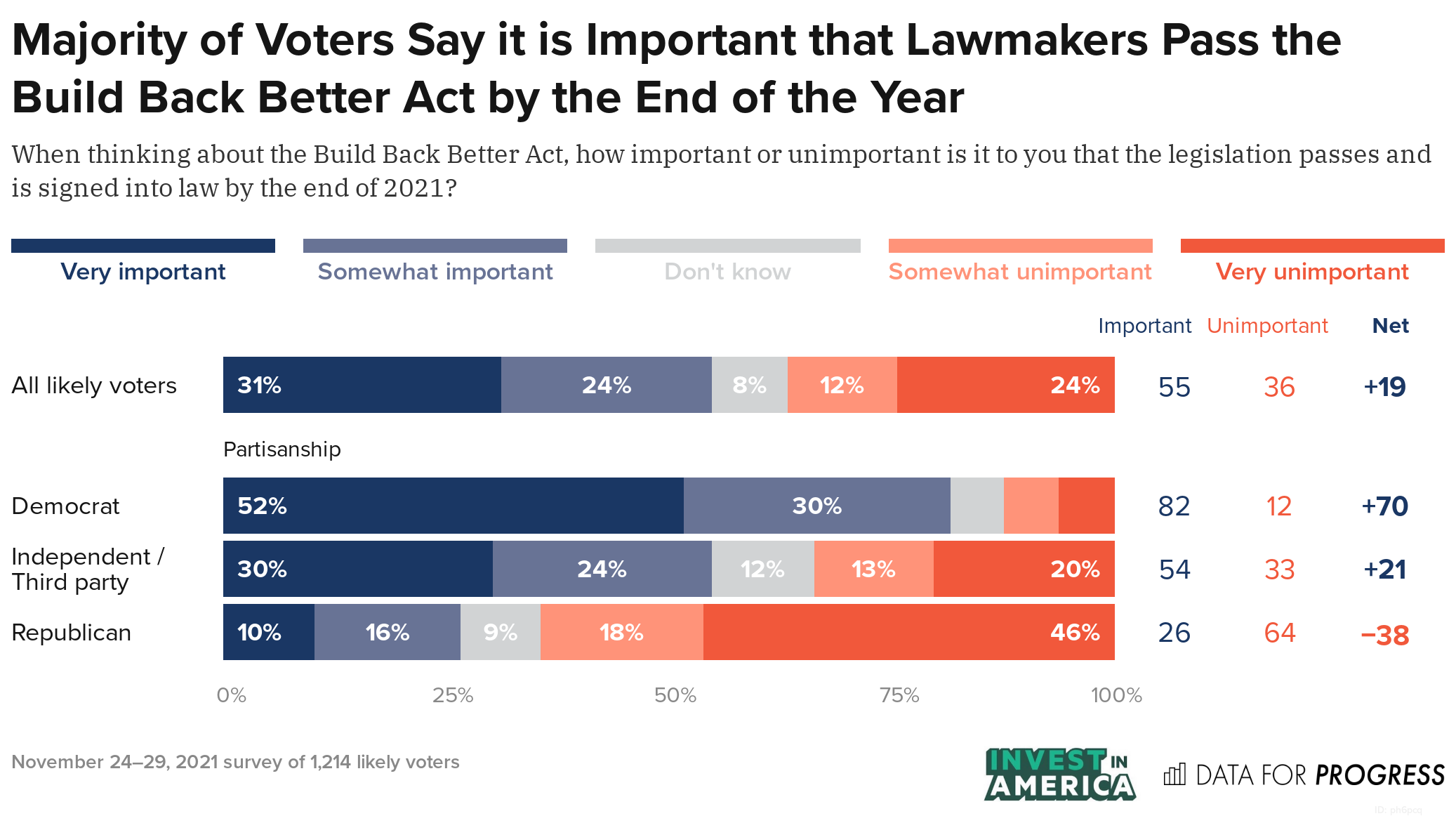