The poll was conducted with 1,326 likely voters on January 11. Key findings include:

“Voters know that the Build Back Better Act will make key investments in fighting off COVID and ensuring that the U.S. is prepared to triumph over pandemics in the future. That’s only part of why it has remained extremely popular for months —  historic investments in child care, education, elderly care, clean energy, health care for seniors, and more, have overwhelming support from voters across the political spectrum. That’s because Americans know that the Build Back Better Act will lower key costs, cut taxes for working Americans, and create millions of good-paying jobs,” said Zac Petkanas, senior advisor for Invest in America.

Voters also overwhelmingly support the individual provisions of the Build Back Better Act, including the following: 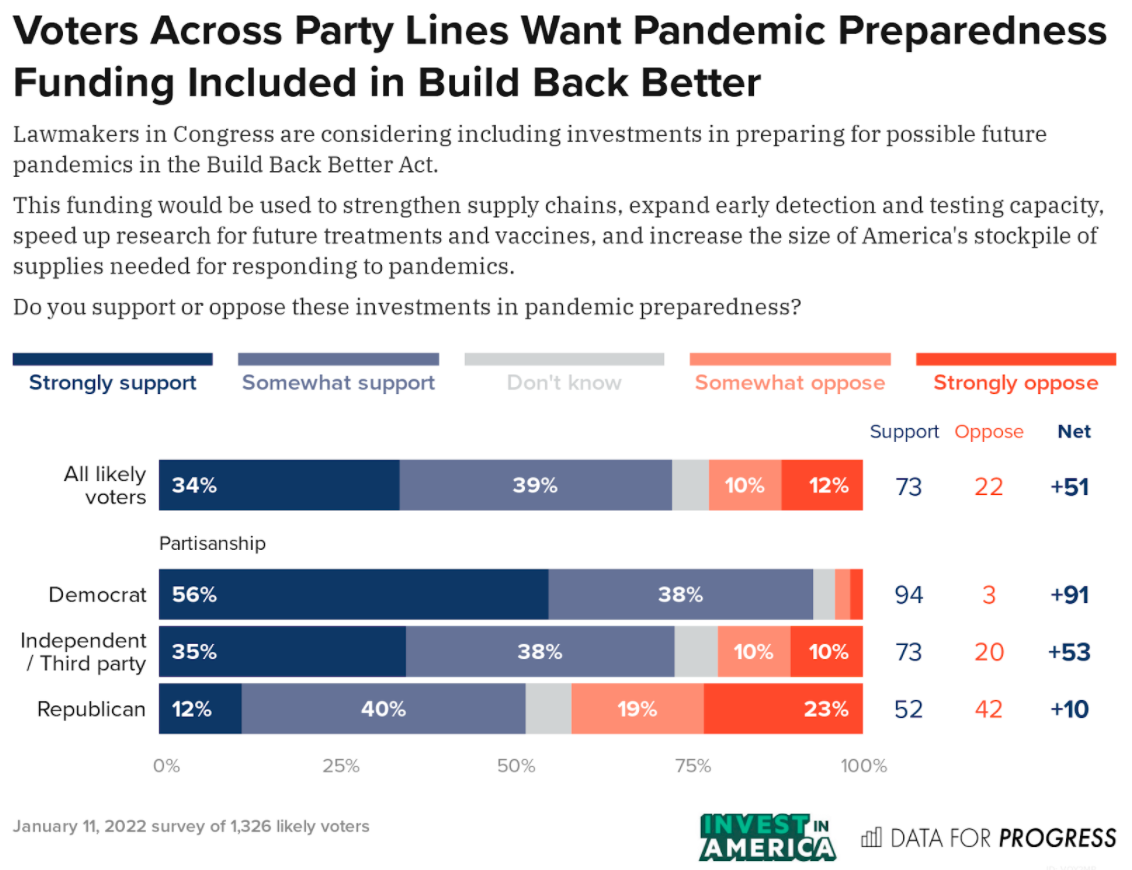 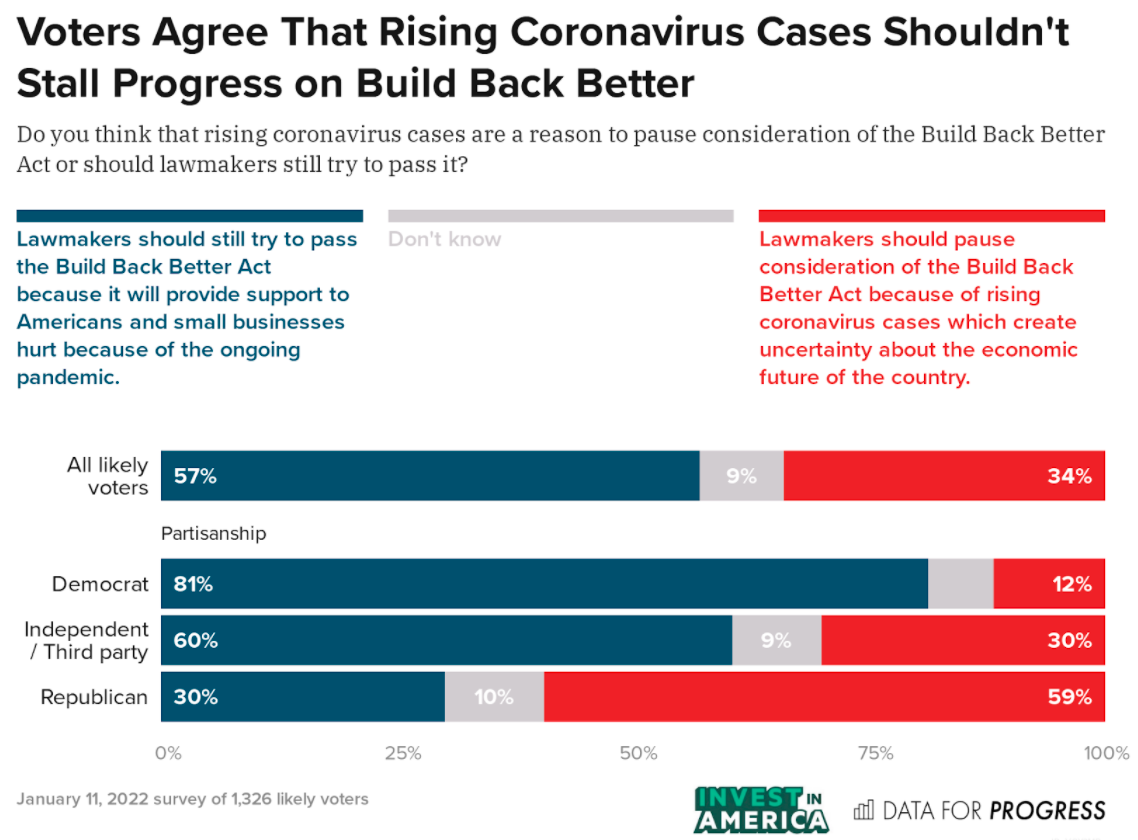