66% of Voters — 60% of Independents and 47% of Republicans — Support Passing the $3.5T Build Back Better Plan Through Reconciliation

Voters Don’t Buy Inflation Fear-Mongering — 57% Believe Government Should Be Focused on Investing in Americans to Create Jobs, Only 33% Believe It Would Inflate and Overheat the Economy.

WASHINGTON, D.C. — A large bipartisan majority of voters support both the Bipartisan Infrastructure Deal and the Build Back Better agenda, with 66% of voters supporting the passage of the latter through reconciliation, according to a new poll released today by Invest in America and Data For Progress. In addition, the poll found that voters want the U.S. to invest more to create new jobs and economic growth, demonstrating that voters are not concerned by Republican fear-mongering over inflation.

The poll was conducted with 1,254 likely voters from July 30 – August 2. Key findings include:

“Not only are the Bipartisan Infrastructure Deal and the Build Back Better agenda necessary to grow our economy, create jobs, lower taxes and reduce costs for families, they are incredibly popular,” said Zac Petkanas, senior advisor for Invest in America. “The evidence overwhelmingly shows that Americans want to both rebuild our crumbling roads and bridges as well as make critical investments in child care, education, caregiving, and clean energy.”

A majority of voters, including Independents and Republicans, support every provision in the Build Back Better agenda: 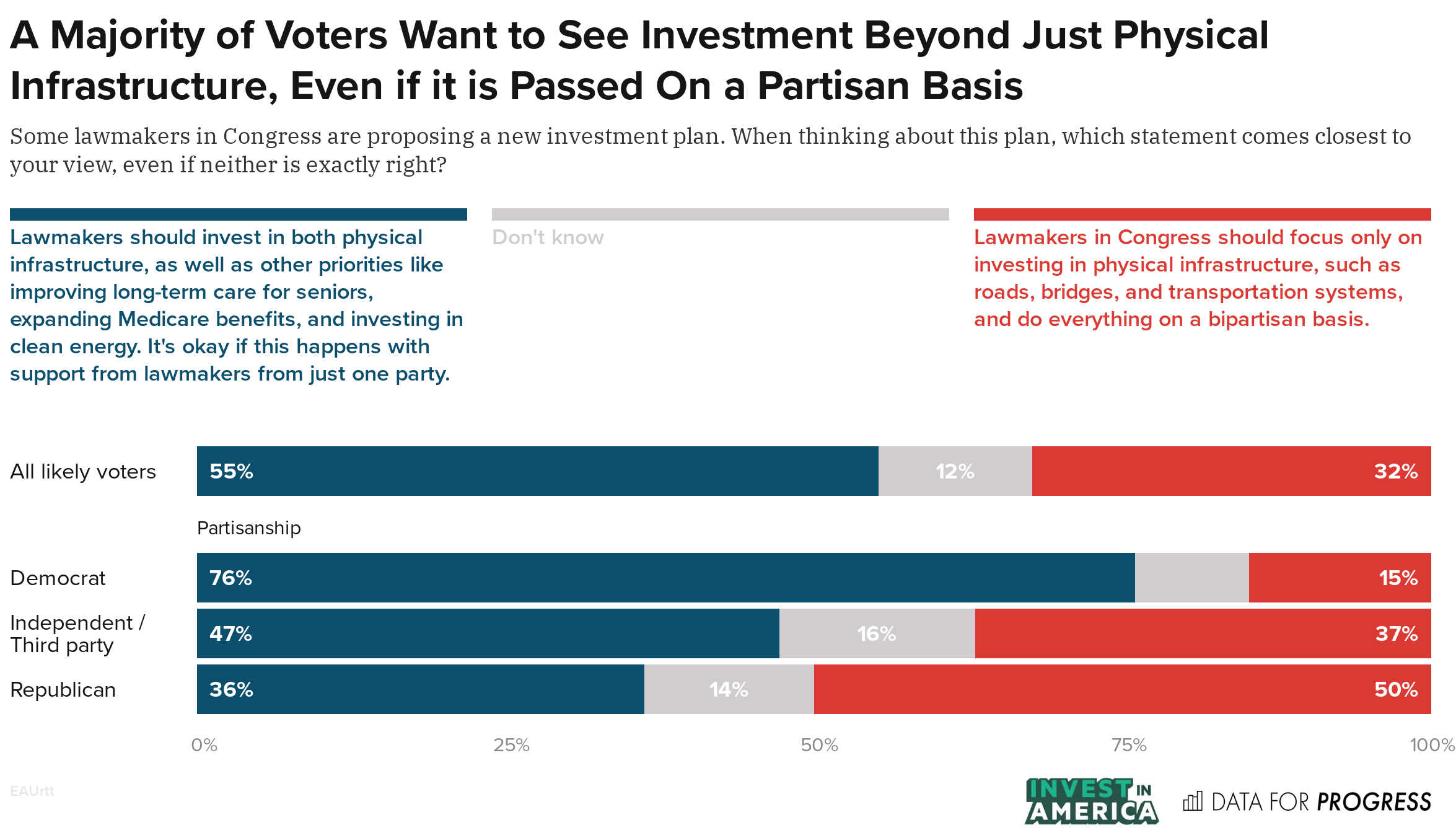