WASHINGTON, D.C. — A wide majority of voters still support the American Rescue Plan on the one-year anniversary of its passage, according to a new poll released today by Invest in America and Data For Progress. The poll found that a majority of voters believe the law, which was passed by Democratic lawmakers without any votes from Republican lawmakers, positively affected small businesses, school environments, families, and health care.

The poll was conducted with 1,196 likely voters on March 4-7. Key findings include:

“The American Rescue Plan made a tremendous difference in Americans’ lives and we’re currently experiencing historic job growth and record-low unemployment thanks in large part to its success,” said Zac Petkanas, senior advisor for Invest in America. “The American Rescue Plan remains popular because voters know that it rushed urgently-needed aid to first responders, small businesses, and middle class families. It made a real difference in peoples’ lives.” 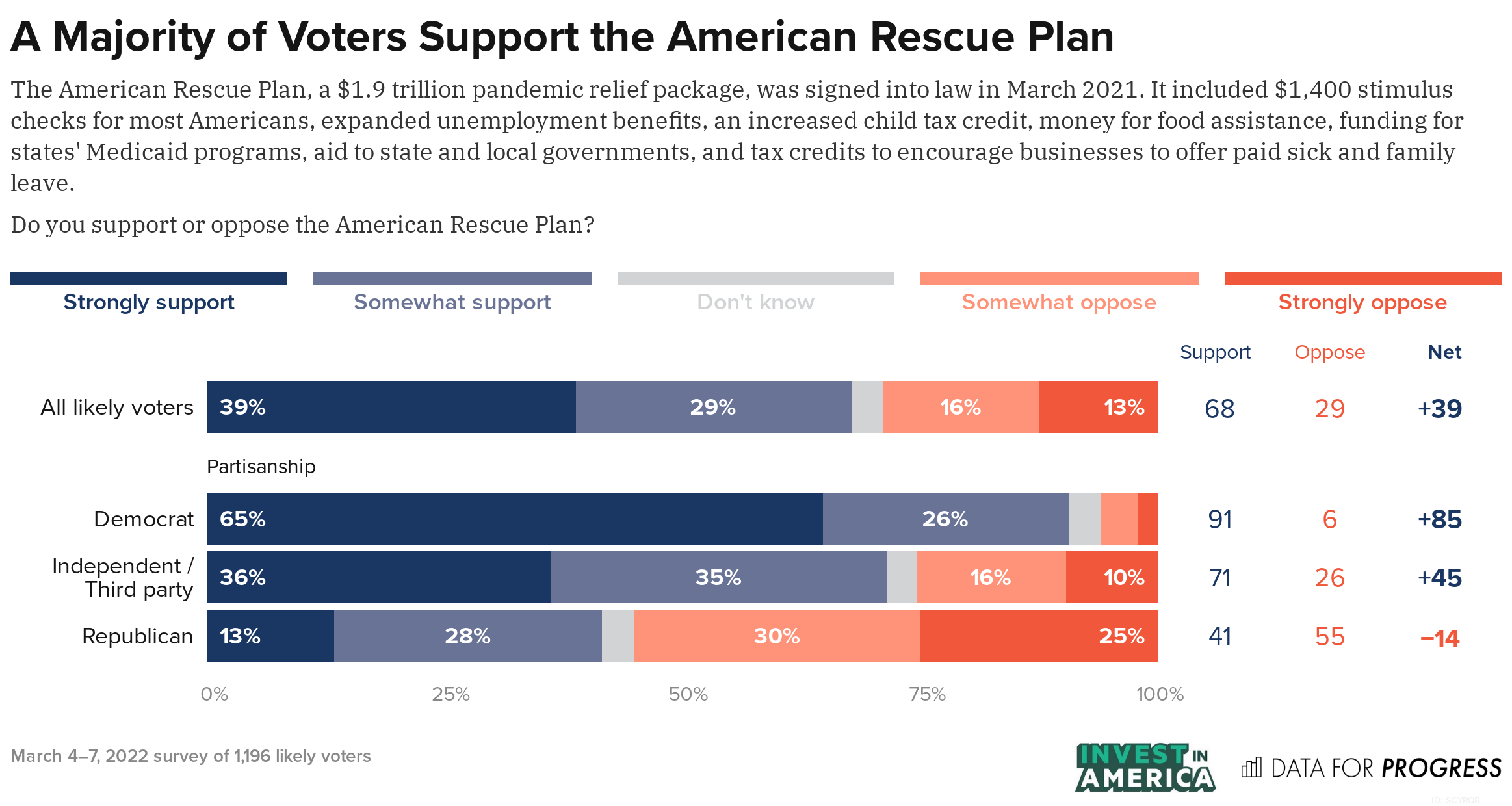