75% of Voters — Including 65% of Republicans — Support a Bill that Lowers Energy, Prescription Drug, and Health Care Costs

WASHINGTON, D.C. — A sweeping majority of voters across the political spectrum support the provisions in President Biden’s agenda, according to a new poll released today by Invest in America and Data For Progress. The specific provisions of that agenda — investing in clean energy and lowering prescription drug, health care, and energy costs — remain incredibly popular when voters hear the price of the plan.

Additionally, the poll found that a majority of voters support provisions previously passed by the House of Representatives, the Build Back Better Act.

The poll was conducted with 1,262 likely voters from April 20 to April 24. Key findings include:

“Voters know that investing in clean energy and lowering the cost of healthcare and prescription drugs is urgently needed to help American families make ends meet. As Congress considers a new legislative deal to push President Biden’s agenda, they should understand that these investments remain incredibly popular. There is no better time to take action and lower costs for millions of Americans,” said Zac Petkanas, senior advisor for Invest in America. 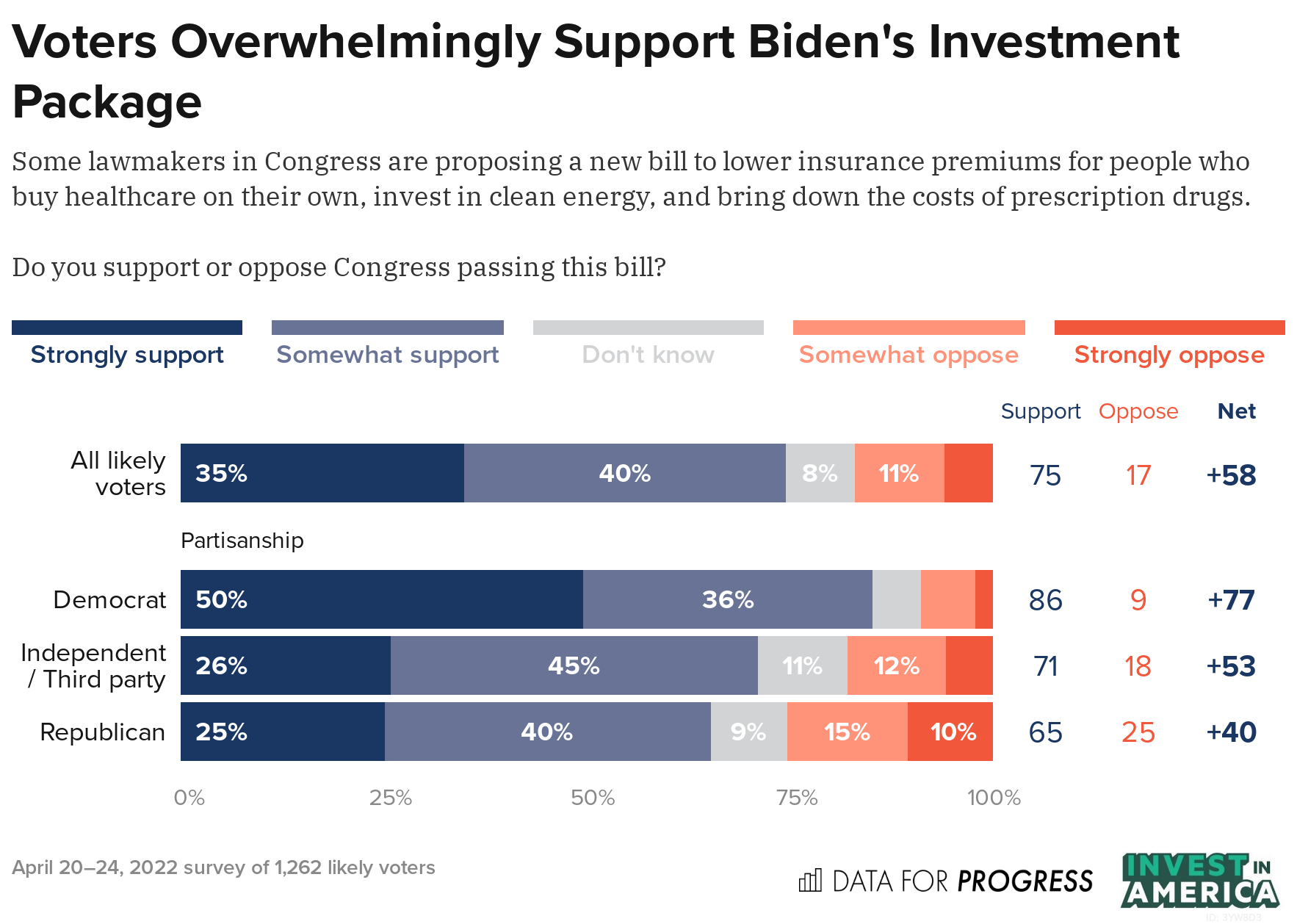 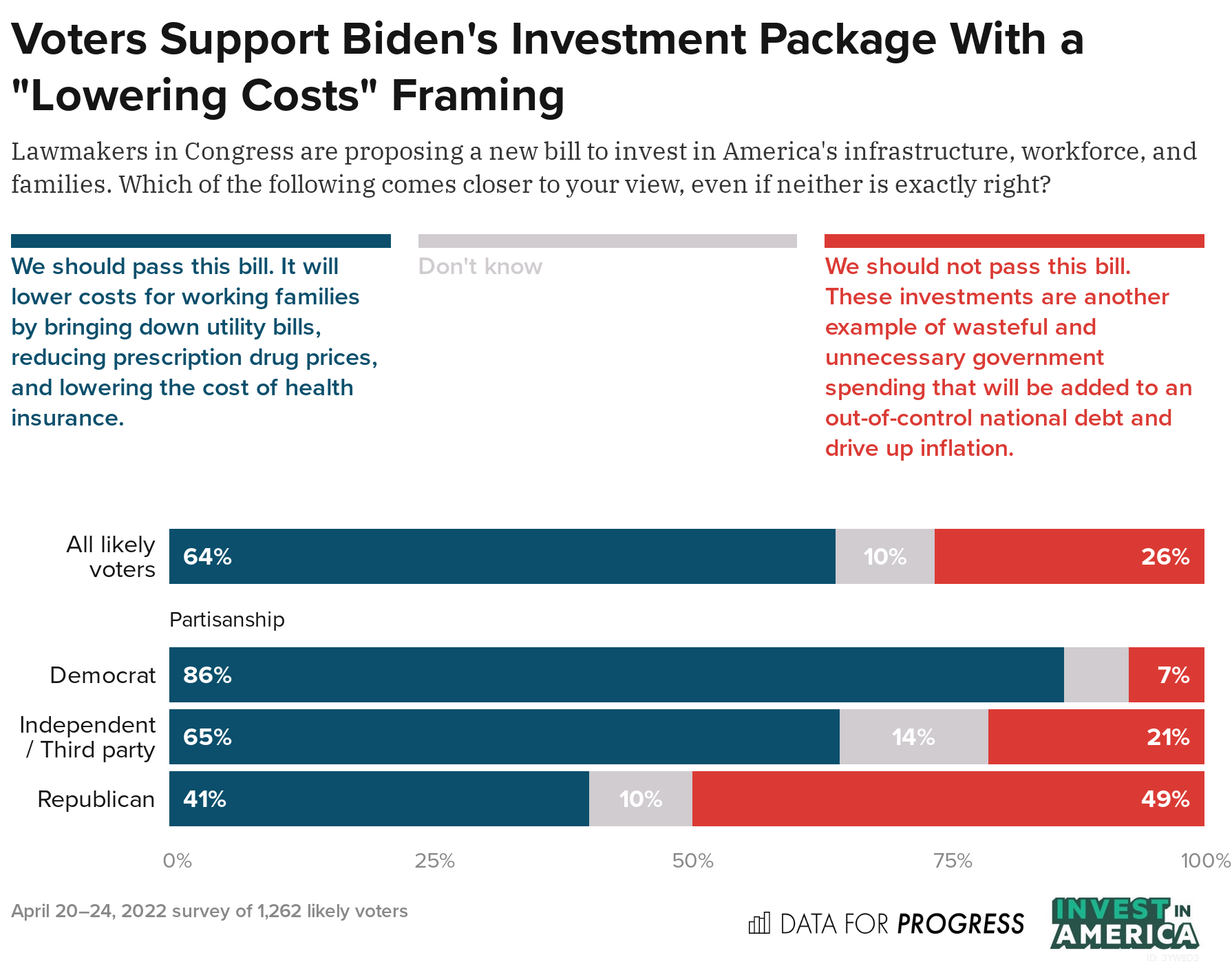